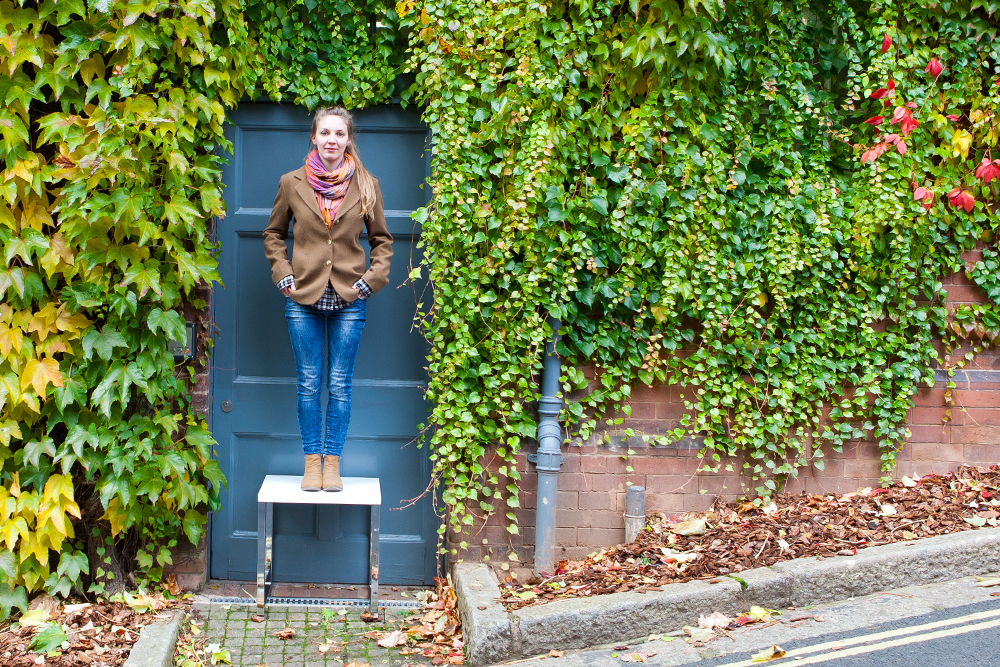 This month saw the first anniversary of my arrival here at Believe In. Following an initial four-week internship I was offered a permanent place, and so I wanted to reflect on my experiences of breaking into the industry I trained for.

Interning at Believe In was my first experience of really being a designer. It was my first placement, and other than some brief visits to agencies in and around Falmouth (where I studied), it was my first time in a real studio, so I came with few preconceptions.

A building sense of anticipation got me through the summer working in a fruit and veg shop, where I resisted the urge to hurt customers who asked me if I needed a degree to stack courgettes so neatly. My first day arrived, and the inevitable doubts took hold. What if I can’t do what I’m asked? What if I drive everyone nuts? In truth, all I could be was myself, even though my biggest fear was that I’d be much better off being somebody else.

During those first four weeks I learned a huge amount. Embarking on a career was daunting, and those comforts that had seemed so oppressive during education took on a very rosy hue. Internships get a lot of bad press – they are often viewed as exploitative, akin to slave labour, and possibly even illegal. Here was I, a graduate, on less than I had earned working in the greengrocer. But the internship enabled Believe In to take a risk on me, somebody new and unproven.

I was relieved to find that the design process I was taught remained largely unchanged. Researching briefs, developing initial ideas, group critiques. Of course there was one major difference. Clients make the pace faster, deadlines closer, timescales tighter. Also, having been a night owl for years, with concentration levels that peaked at 2am, I was terrified at the prospect of coping with ‘normal’ hours (ignoring the fact that I’m writing this at nearly midnight!)

I quickly became attached to my role here. I remember one evening telling my boyfriend that I didn’t know what I was going to do at the end of my internship because I’d never enjoy anywhere as much as this and began to weep into my dinner (really). I think secretly he was quite glad my time was coming to an end; apparently I’d even started singing Cher’s ‘Believe’ without realising. Unfortunately for him, Blair offered me a place on the team as a Junior Designer, and I grabbed it with both hands.

The rest of the year has flown by, and I often feel like I’m learning at a faster rate than I ever did as a student. The culture here is an optimistic one, we take time to help each other grow. Cake Friday is not actually about the cake (that statement will be viewed as heresy in the studio). It’s about learning other people’s interests and bonding over shared ones.

And the three biggest lessons I’ve learnt? They might be:

1. Being responsible for someone else’s success (through the work you create for them) is scary. But very little beats the feeling of seeing your work in the real world.

2. A clear strategy and effective use of language make all the difference. They are a key part of the way we work.

3. The most important skill is the ability to talk to clients. They appreciate understanding why something works the way it does, and the relationships you build with them are key to doing better work over time.


The other thing I’ve learnt is that there is no limit to the number of nicknames you can acquire, often for no discernible reason whatsoever.

(Lauren Tooze is a Junior Designer at Believe In. She still answers to Pam, but nobody really knows why.)